This photo of a female osprey was taken at Tataragawa estuary on the same day as the common greenshank ,(post of 10/04/15). They are relatively common in these parts, and can be found far inland as they follow the rivers upstream. 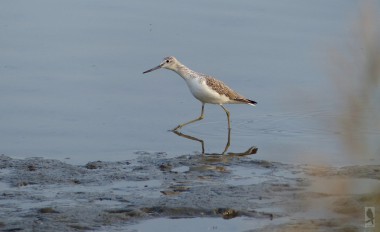 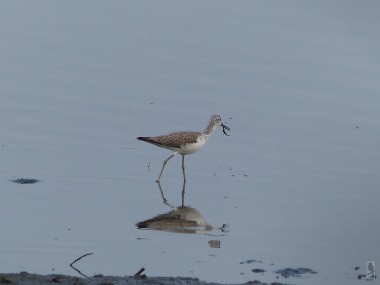 10/04/15   Today I went to Tataragawa estuary in Imazu where I go each spring in hopes of seeing the endangered black-faced spoonbill as they migrate through Kyushu. I didn’t expect to see them today as it was a month too early. I saw a few osprey (misago) and some common sandpipers (isoshigi) among others. The common greenshank landed just in front of my position behind some bushes, and I enjoyed watching it wade about in seach of crabs and other small creatures for five minutes or so. It flew off with a high-pitched “chiu chiu chiu!” . It was my first time to see this elegant species.

Early morning, sun just coming up. One of the most popular songsters here in Japan sings his heart out.

My first post! Thought I would provide a short comment on the owl on my front page. It is a Ural owl, which is called fukuro here in Kyushu,Japan. It was being mobbed by some crows near a shrine which was surrounded by huge oaks and camphor trees. They flew off after ten minutes or so and the owl, whom I dubbed Hiyoshi, (after the shrine) remained at this location for about two weeks. I was able to take many photos , but I think the best was this one taken on the first day we met.