These past few weeks, have been largely very nice weather for being outdoors. I took the opportunity to head to a nearby lake to observe some of the birds that reside there.

They are becoming more active as they begin preparation for migration. They are starting to gather and forage together, putting on weight for the long flights they will be undertaking to reach their southern resting grounds. The species in the photographs, don’t travel all that far, if at all. The Common Kingfisher for instance, remains year round as long as the the streams and lakes don’t freeze over. 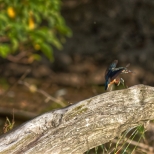 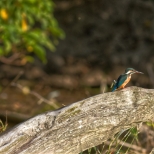 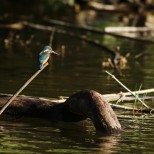 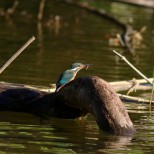 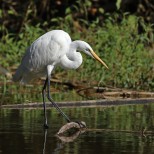 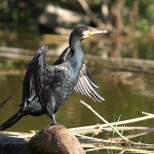 The Pleiades from Kuju Mountain

I also went to Kujusan for the dark skies in order to photograph the Pleiades. Called Subaru here in Japan, they are easy to spot in the sky with the unaided eye, and a good target for an amateur astro photographer like me.

The following video was taken on Kusenbu Mountain. Over 1200 frames were taken in the hopes of capturing a Draconid meteor. Despite seeing over 10 during the night, none were captured in a single frame. It was still a beautiful night!

Thanks for checking out my site. You all take care, Tom