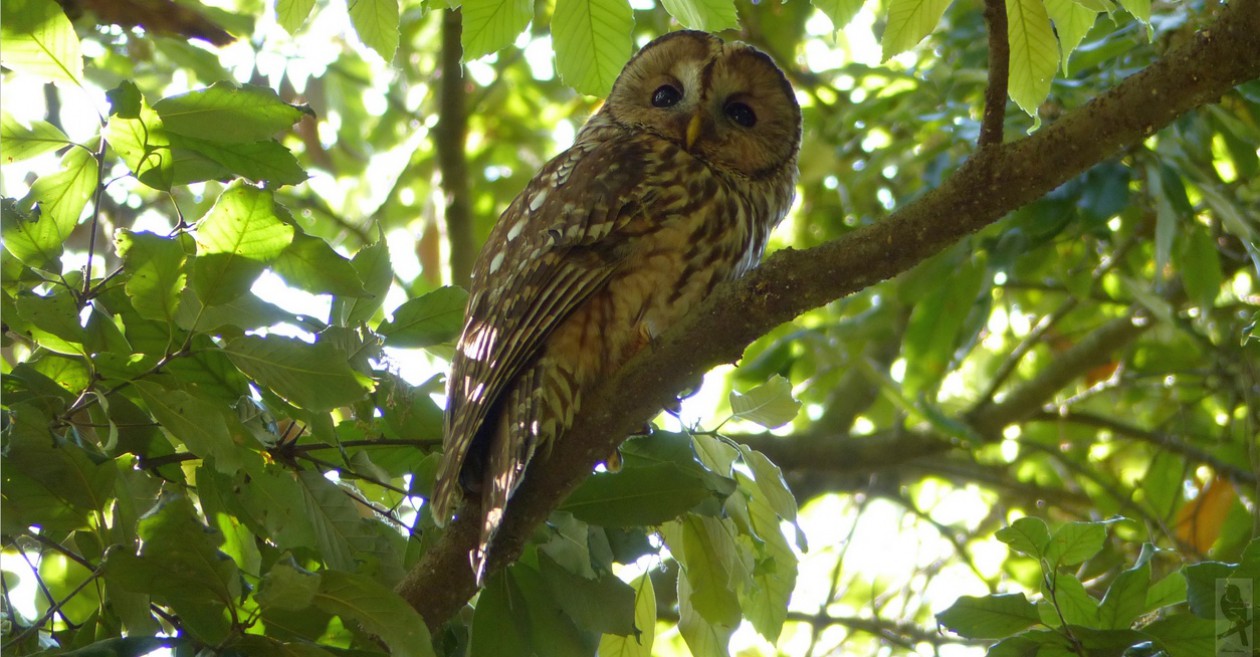 The Japanese grosbeaks, or ikaru, as they are called here, are generally shy, and will often conceal themselves within the leaves and branches. They are quite large as finches go, and are often seen in flocks. This fellow flew off after a minute or so, with a quite loud ‘tak tak!’. 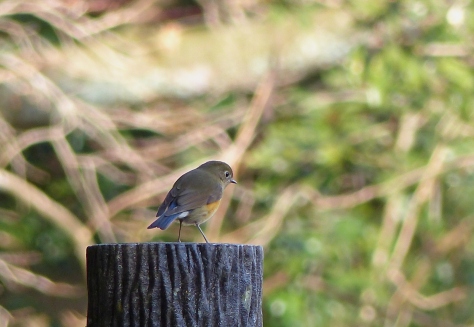 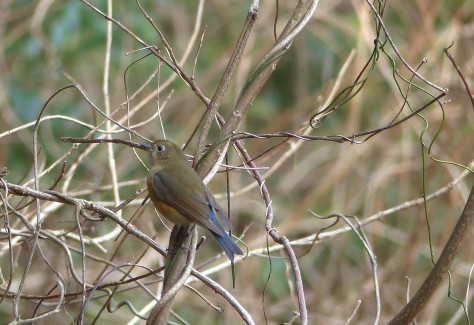 Another red-flanked bluetail, (Japanese-ruri bitaki) appeared suddenly, brightening up the day when I was up on Yasukogen. It hung around for a few minutes before a large group of hikers suddenly appeared and scared it away. 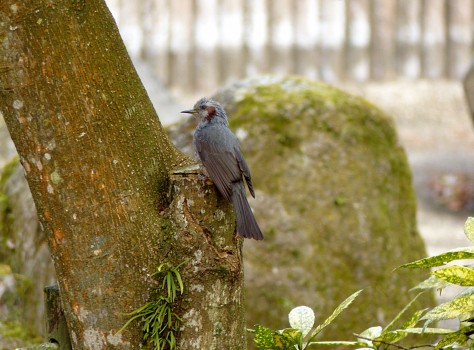 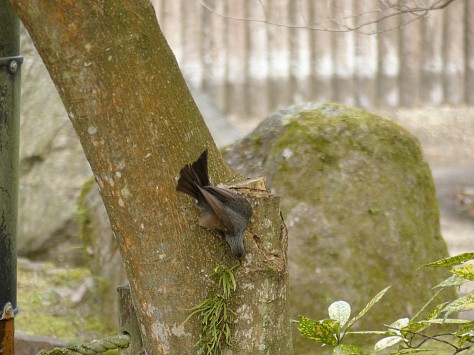 This brown-earred bulbul,(hyodori) at Tempai Park was tugging on fern fronds, perhaps to scrape off the spores on the underside of the frond? 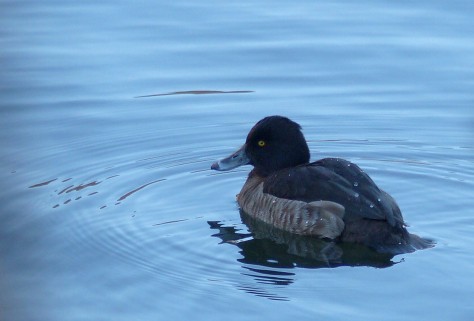 A tufted duck, (kinkuro hajiro) without much of a tuft, floating on the lake created by Yamagami Dam. A good place to see birds. One bird I photographed there recently, will be the subject of my next post. Until then, try to get out and enjoy the Spring.